Aurellia - Behind the Scene 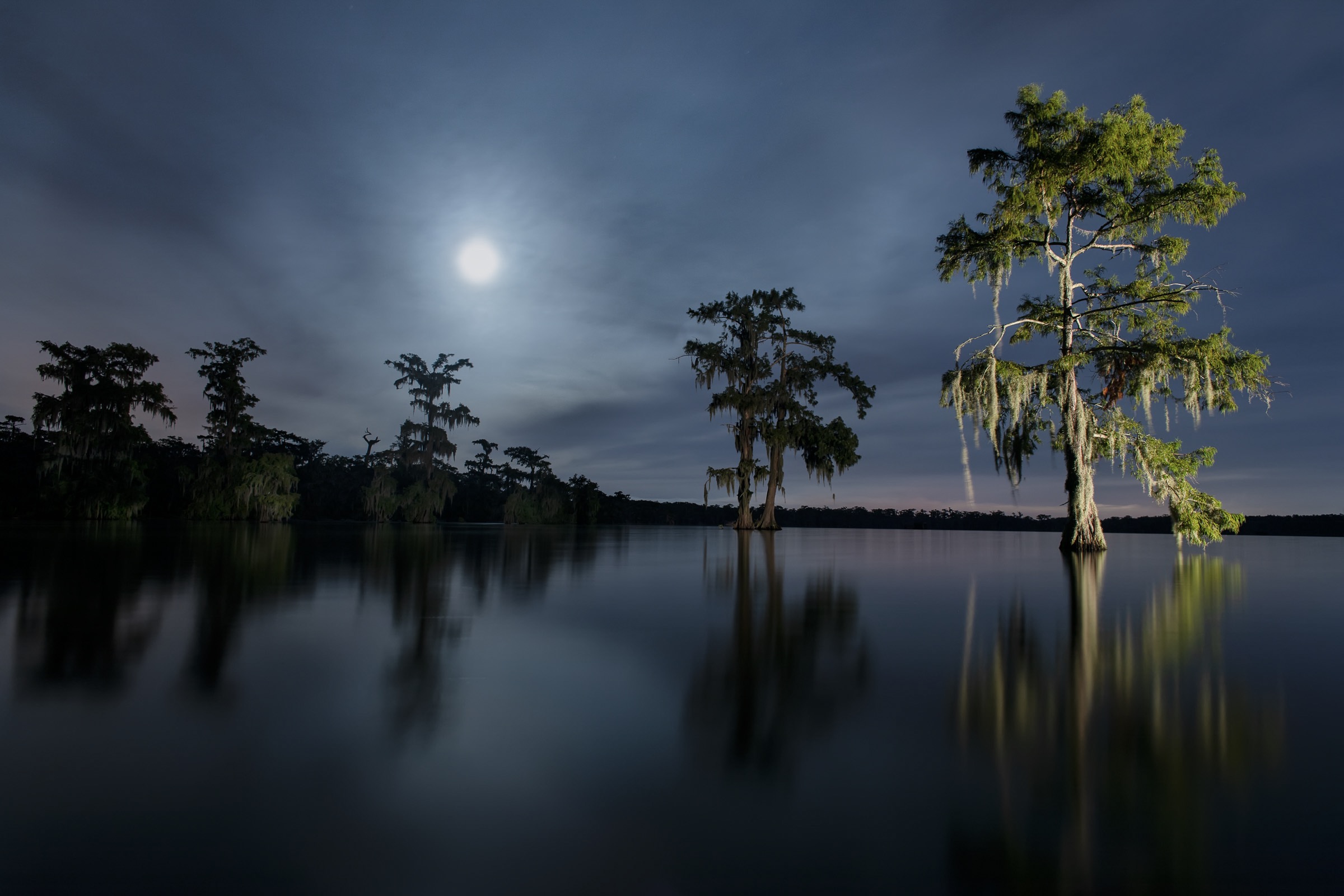 After four days and nights in the summer swamp heat, I had yet to make a photograph worth bringing home. Due to the historic floods throughout the Mississippi River Valley, lakes and bayous throughout Louisiana were flooding and high winds moved through the night.

On July 19th, the waning Gibbous moon rose at 10:08pm. I’d found an inland lake disconnected from the flood waters and low hanging night clouds were passing through the evening. For fifteen years, the moon has energized my photo-shoots providing night sky illumination and a touch of insomnia to fuel my explorations.

Despite our extensive collaboration, I’ve never made an image that revealed her face. During long exposure photography, the moon is stretched, her voice distorted, becoming a screech instead of a soothing glow. On this night, as she rose over the cypress, the slow passing clouds softened her direct gaze and the scene was held in lunar blue. I waded into neck deep waters and floated near the camera waiting for the moon to clear the distant treeline, a soft breeze blew the hanging Spanish moss.

I photograph to document place and change, but also to express feeling that provides a starting point for viewer’s memories and imagination. Science reveals many insights, but do we know why the moon moves our mood?